With de Niro’s 72nd birthday yesterday, I did a celebratory reblog of one of my first ever features. But one post was never going to be enough for such a film icon, so I’ve added an extra-sized quiz in tribute. To make it slightly trickier, I’ve decided not to include the two films he won an Oscar for to make space for some of his lesser-known films. Where do you rate him among the modern day acting greats? Do you have a favourite performance of his? 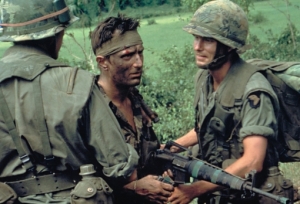 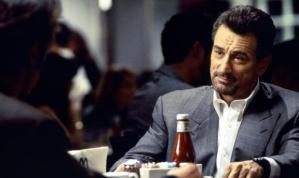 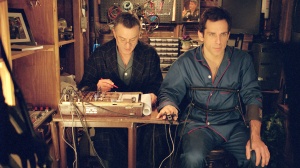 END_OF_DOCUMENT_TOKEN_TO_BE_REPLACED

After Gangsters Part 1 and Non-Hollywood Gangsters quizzes, I’m rounding off the series with the concluding Gangsters Part 2. Just how good are you? It’s certainly got some impressive entries. Crime is said not to pay, but it certainly looks good on the big screen. How many of the six chronological films below can you work out? Do you have a favourite? As always, feel free to share your results and feedback. 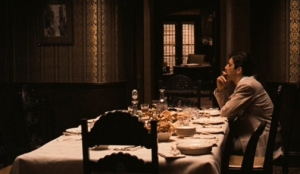 END_OF_DOCUMENT_TOKEN_TO_BE_REPLACED

We’ve already covered black and white films ignored by the Academy in the last quiz, but there have been plenty of modern omissions too. The six films below didn’t even get a single nomination. See how many of them you can get. Feel free to comment on those chosen or even some others you think of that apply. 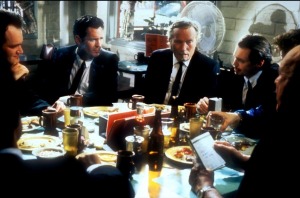 END_OF_DOCUMENT_TOKEN_TO_BE_REPLACED

Quite simply, an acting institution. Robert de Niro has been in been in some of the world’s most iconic films, worked with directing greats and uttered some of cinemas most memorable lines. In a remarkable career spanning over 50 years (and counting), we take a closer look at eight of his best films. Scary to think of some of the ones we left out.

Going right back to 1931’s The Champ, Hollywood has always loved the skilful yet brutal dichotomy of boxing, so it takes something pretty damn special to stand out from the others. Raging Bull, about loathsome boxing legend Jake la Motta, is far more than a telling of the rise and fall of a sports star. And by a director Martin Scorcese, who has no interest in boxing, or sports in general, no less. It’s an intense black and white film that refuses to pull any punches (sorry) in or out of the ring, with la Motta’s dealings with the Mafia, ridiculously short temper and paranoid tendencies all shown, as well as that ferocious attitude when fighting. A film full of iconic moments,  one scene sums it up nicely:  When la Motta’s wife casually mentions that his next opponent isn’t bad looking, la Motta decides to send a message, by not just winning the fight but destroying the fighter’s face, forcing a fan to remark, “He ain’t pretty no more”.

And if Raging Bull is intense, Taxi Driver would make an ideal sparring partner. The story of insomniac New York cab driver Travis Bickle and his rebelling against the “scum” of the city, this violent and thought-provoking classic continues to enthral.  Another incredible collaboration between de Niro, director Scorcese and screenwriter Paul Schrader, Taxi Driver captures that essence of being most alone when you are in a big crowd. The former Vietnam vet’s internal hell and the outer demons he confronts daily are central to the theme and tone of the film, as it all builds to its brutal crescendo. De Niro prepared meticulously for the role, including secretly getting a taxi driver license and trying out different accents for the film, despite also working in Italy on the film 1900. Among the sinister scenes, it also reminds us that taking a woman to a porno theatre on a first date is never a good idea. Not to mention having one of cinema’s most quoted lines. Maybe we were talking to him after all.

THE KING OF COMEDY

Coolly received by critics and largely ignored by film goers on initial release, this quirky gem took a while to reach its status of black comedy royalty. But its satirical message on society’s obsession with celebrities continues to resonate, and remains a reminder that true class does come through sometimes. An apt message considering the story is of Rupert Pupkin’s long-time obsession to become (in)famous, and the extreme  lengths he goes to so as to make happen. Though de Niro has done plenty of comedy, especially since the turn of the century, this is still perhaps his funniest film. Memorable moments include his arguing with fellow obsessive Masha over who is crazier, Pupkin’s interruptions by his mother when trying to record his material and the gradual wearing down of his cynical and world weary comedian idol. Pupkin may believe that it is “better to be a king for a night than a shmuck for a lifetime”, but whether you agree or not, he isn’t going back to ignominy any time soon.

How do you improve upon perfection?  By giving another example of it. Two years after the  Corleones first came onto our screen, we were again invited to meet the Mafia’s most notorious family. Despite speaking mostly in Sicilian dialects, de Niro won rave reviews, and his first Oscar, for his portrayal of the young Vito Corleone.  A more distinct structure, and with a darker tone than the original, the film tells two parallel stories. One is told in flashback of how a young Vito ruthlessly took control of the neighbourhood to establish the empire, the other of Michael’s struggle to retain his moral identity while taking control of the family business.  The layered structure allows us to see how much both men have in common, and how they had to completely transform their identities to succeed. Having seen his reluctance to join in the family business in the initial film, here we are invited to judge just how much of a monster Michael becomes when dealing with his family, friends and enemies.  The godfather of all sequels.

De Niro and Al Pacino may have both been in the Godfather sequel, but Heat is where we see them really act together. Writer and director Michael Mann’s long term labour of love, Heat was finally made in 1995 and soon became recognised as one of the all time great heist movies. Sure, it has a gripping storyline, believable characters, superb acting, an awesome soundtrack and highly-skilled directing, but there’s one scene that will always stand out.  De Niro as criminal Neil Cauley and Al Pacino as Lieutenant Vincent Hanna, the detective chasing him, sharing a table and discussing how much they have had to sacrifice and why they never let it get in the way. The scene may only represent the handful of minutes they share together in what is nearly a three hour film, but is packed with sharp dialogue and an odd sort of poignant respect. For one to win, the other must lose, and there is no second chance for either. The fact that Cauley is named after a real life criminal and the film is based on the book of the detective chasing him, only makes it more fascinating.

“As far back as I can remember, I always wanted to be a gangster,” says protagonist Henry Hill, and Scorcese’s classic shows us just how tempting that world is. From being an ordinary Brooklyn kid, Henry Hill (Ray Liotta) manages to connect himself with a wing of the mafia, and building himself up, soon becomes a big part of the organised crime world. And it all seems so glorious. The money, women, influence and style are so intoxicating, it’s almost too easy to forget just how nasty the nasty stuff is. Of course, it can’t last, but this is not a triumph to tragedy biography. GoodFellas invites us into the mob circle too, and directly challenges us to want out. Glamorous and mesmerising, this gangster film supreme shows us how fun living life on the edge, and all the dark comedy it presents, memorably proved by that Joe Pesci outburst. De Niro may only have been a supporting player this time around, but he is a big part of a film that is a riveting part of American cinema.

Martin Scorcese’s big break, and his first time collaboration with de Niro, is still one of films the director himself says he most fondly remembers.  Scorcese also co-wrote and co-produced this 1973 tale of two Brooklyn friends heading in very different directions, based on various experiences he saw growing up. Charlie (Harvey Keitel) is torn between his ambitions of rising up the Mafia chain to be a respected gangster like his uncle, and his Catholic responsibility to his reckless long-time friend Johnny Boy (de Niro). There’s a hint of Of Mice and Men about this coming of age tale of survival versus loyalty and how it has to end in tragedy. But there’s far more to this than a simple rite of passage. Laden with religious imagery, musical panache, and relentless energy, this is a film about the real mean streets hidden away from the glamorous side of New York.

ONCE UPON A TIME IN AMERICA

Anything with a big budget can lazily be described as epic, but some films truly epitomise the word. Covering four decades and with an original running time of over four hours, Sergio Leone’s narrative of a small group of Jewish youths and their rise to power is far from an easy ride. But audiences have continued to watch this mesmerising film, with its unconventional narrative, unpleasant characters and shocking violence. Covering the era between the 1920s and 1960s, the film begins with Noodles (de Niro) escaping New York having been betrayed and seeing his friends killed. He goes to a den to smoke opium which creates a dream-like state, (leading some to think what happens afterwards is all just a dream). Then, the story switches to 1968, and we see Noodles being told that a new cemetery means the bodies of his friends will be moved, leading to a reminisce of Noodles’ childhood. With its violent nature, Mafia power struggle and part history lesson of New York, Godfather comparisons will always be made. Once upon a Time in America is a much darker film though, and with a far more symbolic tone and thought provoking ending than Francis Ford Cappola’s masterpiece. And Leon’s final reminder of just what possibilities there are with a western. 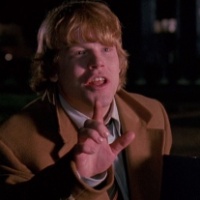 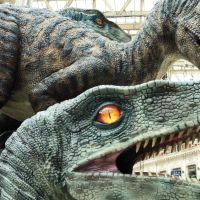