Partly inspired by recent conversations with Vinnie H and Zoe who are huge fans of the show, I’ve been reminded just how awesome Desperate Housewives was. I saw all eight series when it was shown but since setting up the blog I’ve been distracted by highlighting other shows, especially in the sitcom sphere. I’m happy to stop that now. Desperate Housewives skilfully balanced between comedy and drama and carefully avoided being melodramatic or unimaginative, things which befall other shows. One of the reasons it did this was the consistent hilarity of the sexy, sharp and sassy Gabrielle Solis, who was happy to challenge all social conventions and authority. 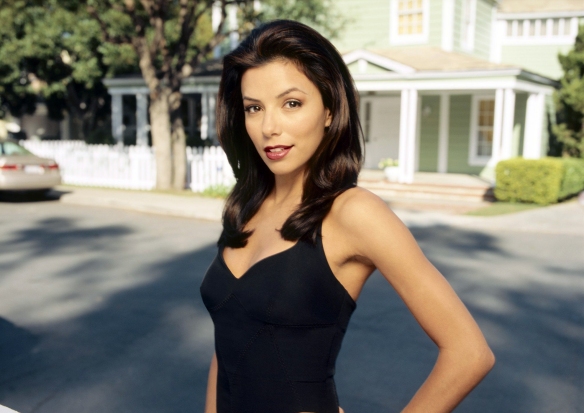 Carlos: At the Donahue party everyone was talking mutual funds, and you found a way to mention you slept with half of the Yankee outfield.
Gabrielle: I’m telling you, it came up in the context of the conversation.

Gabrielle: Do you know how bored I was today? I came this close to actually cleaning the house.

Gabrielle: I’ve read the constitution and it does not protect ugly people.

Principal Ann Peterson: If you can’t do the time don’t do the crime.
Gabrielle: What is this, Shawshank Elementary?

Gabrielle: I have to walk in heels all day long. You get to sit in a [wheel]chair and roll.

Vern: Where have you been? They’re all waiting for you.
Gabrielle: I’m here to teach fashion so I’m fashionably late.

Gabrielle: Before we got married we made a deal. No kids.
Carlos: Deals are meant to be renegotiated.

Zack: You said I could kiss you!
Gabrielle: Yes, my lips not my oesophagus!