Who doesn’t love dinosaurs? They’re huge, aggressive, have all kinds of varieties and once ruled the Earth. And being extinct, it’s not like you can see them at the local zoo. You can definitely say I’m a fan. I quoted the original film here, a review of the 2015 film here and a display of dinosaurs that helped promoted the movie here. I also photographed a dinosaur while playing golf here, not forgetting the teaser shot I put of Jurassic Kingdom here. 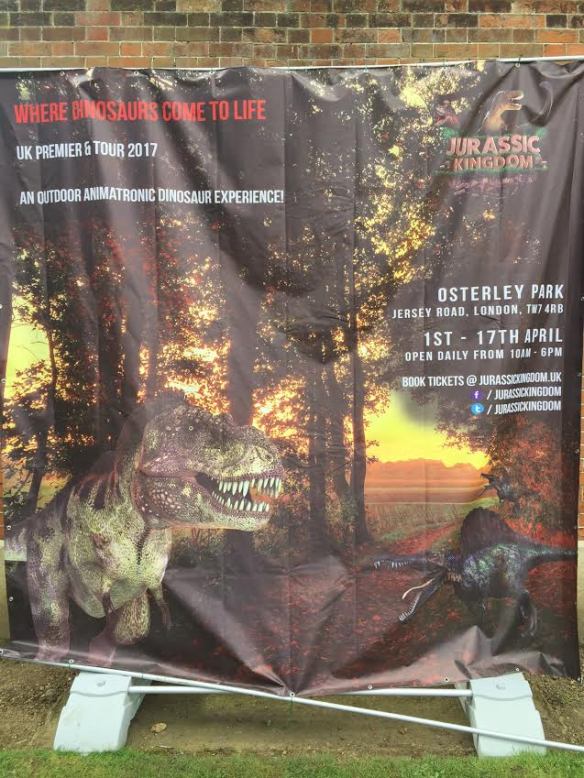 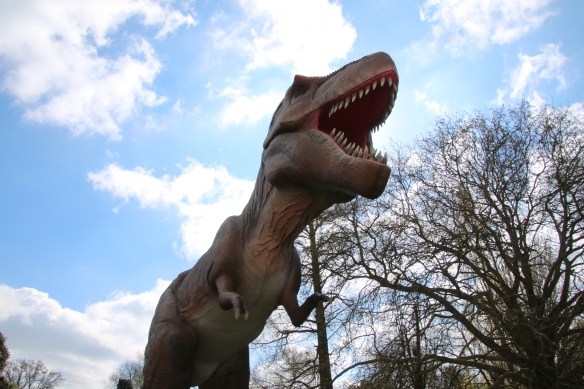 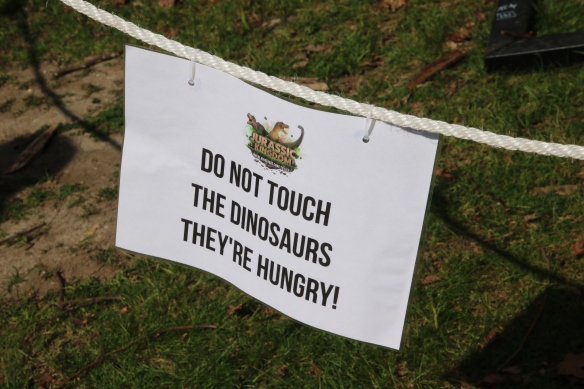 As you can imagine, there were quite a few excited young children about, with parents struggling to handle their energy and excitement. Though there were loads of people, the queue wasn’t too bad. There was an 18m T-Rex to greet everyone before the exhibition even started. There were also fast food stalls, face painting opportunities and virtual reality games. To help stop children touching the displays, there was a sign next to each that said “Do not touch the dinosaurs. They’re hungry.” 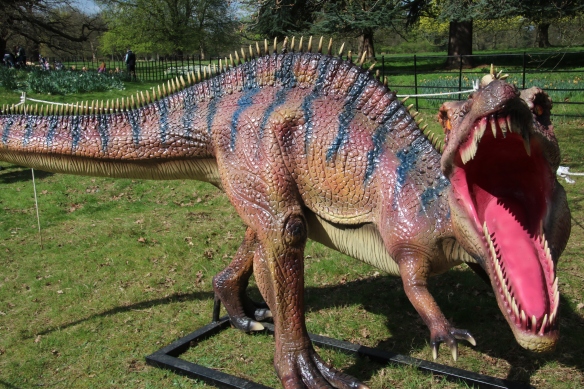 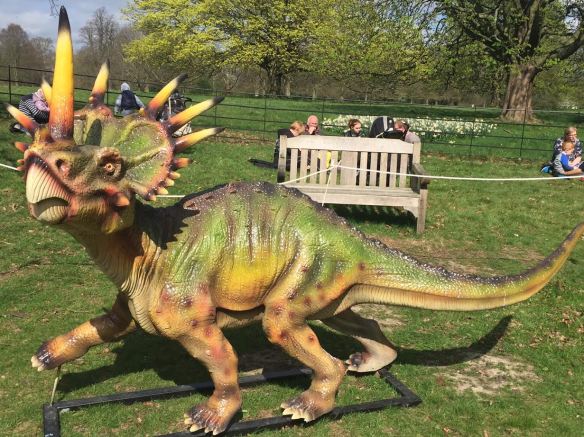 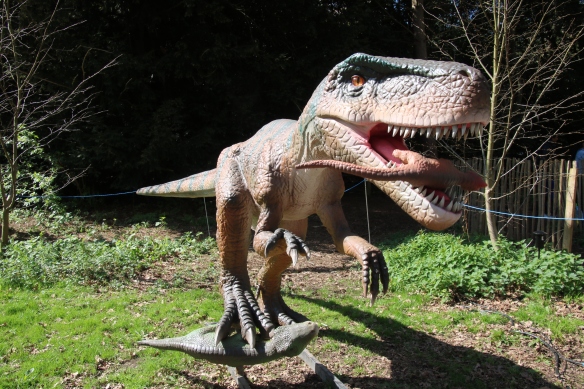 Each dinosaur was labelled with a description and information about what made it so distinctive. But what stood out so more was the fact that each dinosaur had its own unique roar and movement. As there over 30 true-to-life dinosaurs in the exhibition, that’s impressive stuff. 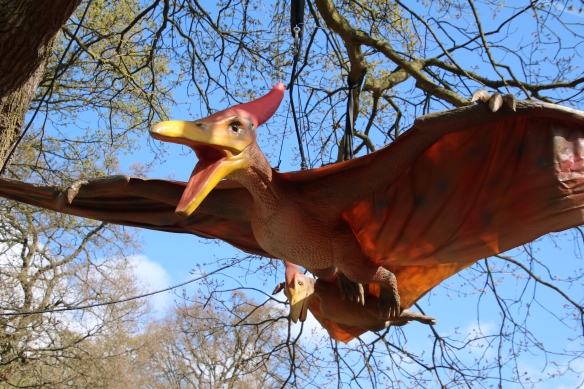 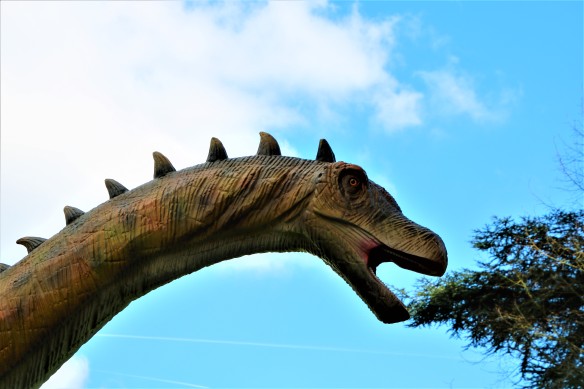 While some dinosaurs are really well known, the fact there are so many mean that you do get a wide range, including the swooping Pterodactyl. Though the head is the most obvious feature to move, the tail also swings around. One of the highlights is a dinosaur being hatched. It comes out of the shell, makes its newborn roar and then goes back in. But there’s plenty to catch your eye. 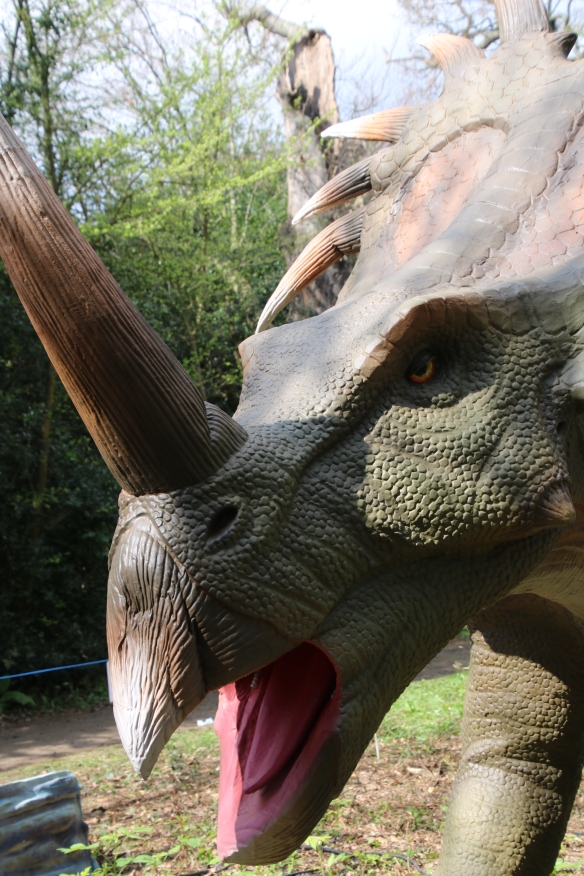 Jurassic Kingdom is held at Osterley Park in west London, and is the first outdoor animatronic display of its kind. Running until 17 April, it opens at 10am and closes at 6pm. As it’s such a popular event, you’ll want to get there soon after it opens, especially if you need to use the car park. Though you can buy them on the door, it’s easier and cheaper to get your ticket beforehand. Prices range from £5.90 – £14.92.