Star Wars is a phenomenon that shows no sign of abating. Ever since its introduction with A New Hope in 1977 it has blown audiences away with its fantasy charm, good v evil battles, memorable heroes, sinister villains and, in the lightsabre, the best weapon ever. Even its recent spin-off was a huge smash. So when I saw there was an exhibition  entitled Star Wars Identities at the 02 featuring over 200 props, models, costumes and artwork, I just had to go. Tosha Michelle who was in town, came along for the ride. 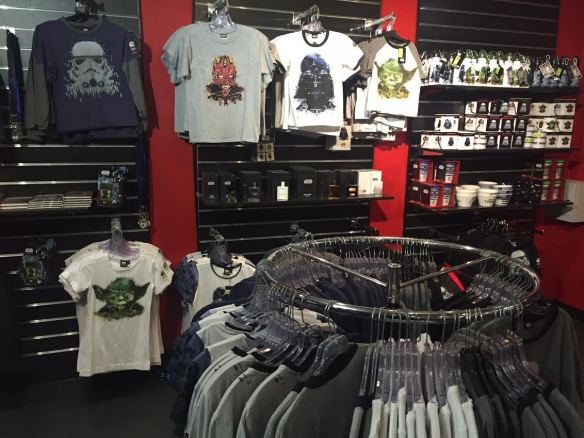 You buy the tickets through the shop, where you can buy all kinds of shirts and other merchandise. As the exhibition was planned long before the sudden and unexpected death of Carrie Fisher, there wasn’t much representation of her. There was though two books of condolence, which were hugely filled. Moving on to the exhibition you get given wristbands which you use to pick one of the many characters (some shown above), as well as headphones for an audio with gives trivia as you walk along.

The first thing you’ll really notice are some of the most loved characters, including R2-D2 and C-3PO. There’s also a recent edition in BB-8 from the 2015 film The Force Awakens. Taken from the Latin word Android which translates as manlike, Lucas’ ability to give human characteristics to droids are a crucial part of what makes Star Wars what it is. 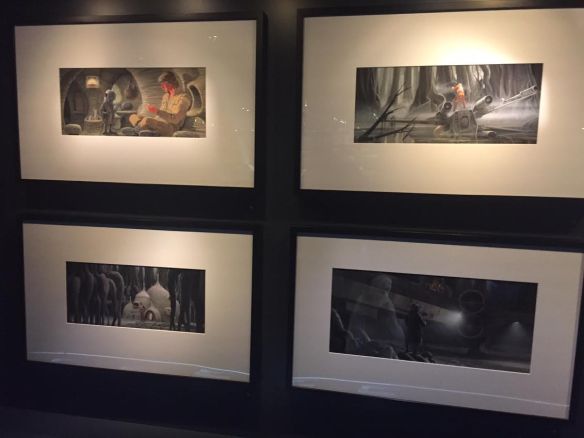 Artwork is a big part of the exhibition. The detailed sketches help explain the initial ideas of characters, layout and costumes. Among the photos above are the original ideas for Tatooine, where Luke and Anakin grew up and the many creative ideas that went into creating the perfect Yoda. Along with all other sections, this includes relevant scenes from Episodes 1 to 6. 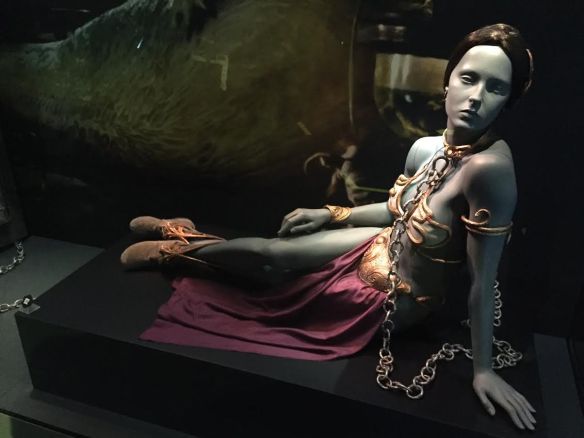 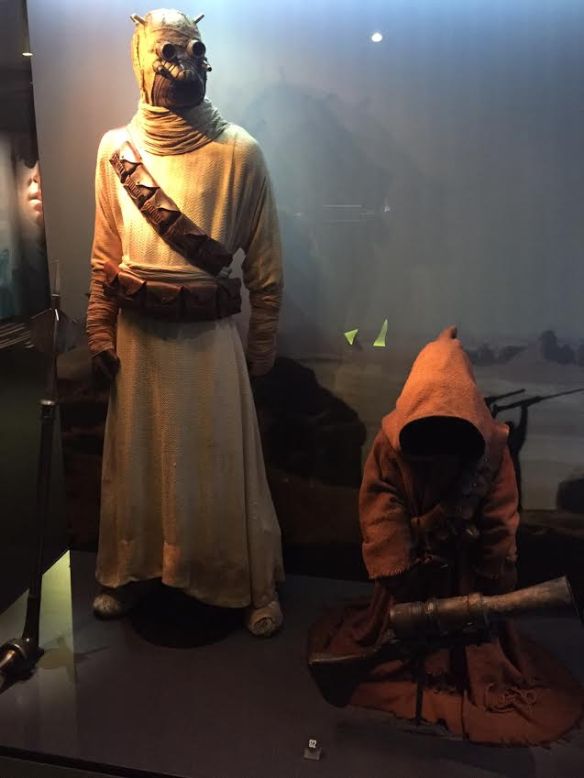 The costumes are one of the most distinctive features about Star Wars and it’s great to see some of the most famous ones up close. As well as the gold bikini in Return of the Jedi, there are also numerous others, including ones from Queen Amidala and Obi-Wan Kenobi. 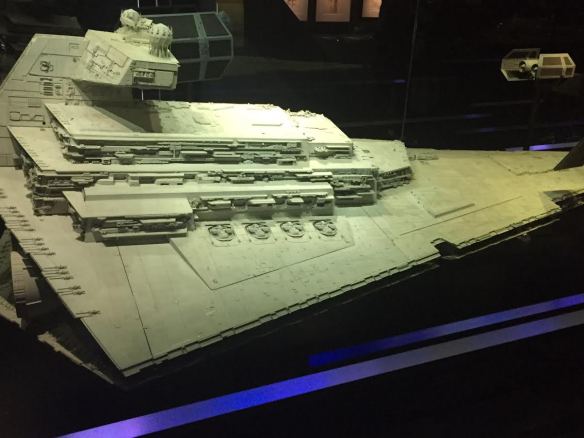 One of the reasons the sense of heroism is so dramatic is the characters themselves, including Han Solo and his fiercely loyal hairy sidekick Chewbacca. Seeing a scaled version of their spaceship The Millennium Falcon is great as you can see how much detail went into getting the right design. 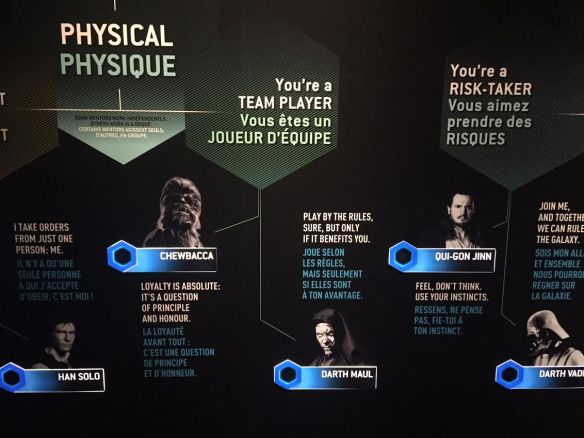 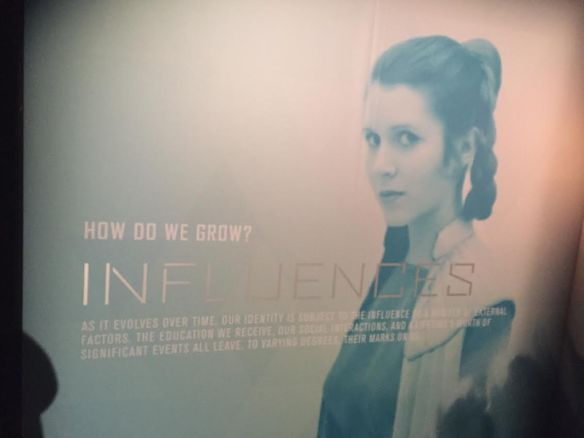 Throughout the exhibition, you have the option of clicking your wristband into the different options within the 10 stages of identity, including Parenting and Influences. It’s a way of explaining more about the characteristics of each major Star Wars character and highlighting their similarities and differences within us. Whether you have been clicking along, the question is ultimately asked: Are you tempted enough to join Darth Vader and the Dark Side? Tickets are between £15 – £25.

13 thoughts on “Things to See: Star Wars Identities at the 02”