A poem written on the wall of a cellar by an unknown Jewish victim in a Cologne concentration camp during World War II.

You can’t play God without being acquainted with the devil.

Dr Robert Ford (Anthony Hopkins) in the multi-genre hit show Westworld (2016 -). With elements of sci-fi, western, drama and psychological thriller, it tells of a Wild West style theme park filled with droids but controlled by humans. 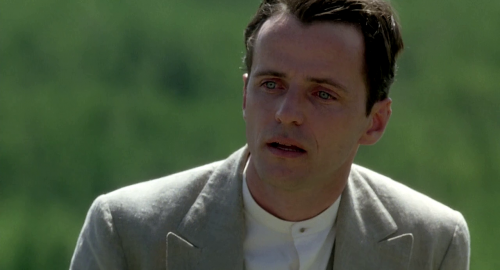 I followed all of the rules. Man’s and God’s. And you, you followed none of them. And they all loved you more.

Alfred (Aidan Quinn) in Legends of the Fall (1994), adapted from the novel by Jim Harrison.

With a violent drunken priest, a simple-minded idiot and an eccentric housekeeper as company, Father Ted Crilly had quite the supporting cast. Affectionately able to mock Catholicism, Ireland and small town characters, there may well never be a sitcom like Father Ted.

Father Ted: His note from the bishop said they never really found a suitable place for him… he’s not a very nice man, is he?
Father Dougal: God, Ted. I’ve never met anyone like him anywhere… who would he be like – Hitler or one of those mad fellas.
Father Ted: Oh, worse than Hitler. You wouldn’t find Hitler playing jungle music at 3 o’clock in the morning.

Father Dougal: Who would have thought being hit by lightening would land you in hospital?
Father Ted: What? What are you talking about? Of course it can land you in hospital
Father Dougal: Well it’s not usually serious is it Ted. I mean, I was hit by lightening a few times and I never had to go to hospital.
Father Ted: Yes Dougal, but you’re different from most people. All that happened to you was that balloons kept sticking to you.

Father Dougal: God Ted, I’ve heard about those cults. Everyone dressing in black and saying our Lord’s going to come back and judge us all.
Father Ted: No… no Dougal, that’s us. That’s Catholicism you’re talking about there.

Father Ted: I’m not a fascist, I’m a priest. Fascists go round dressed in black telling people what to do, whereas priests… er… More drink!

Father Ted: The holy stone… It must be even holier than we thought. Perhaps it’s something to do with that fellow who came over from England last year. He touched it – and he grew a beard!
Father Dougal: Wow. Weird. That’d be nearly enough to upgrade it to a Class 1.
Father Ted: Ooh, Class 1’d be very rare. That’d be bringing people back to life… time travel… cloning dinosaurs… Very rare.

Father Ted: Dougal, you don’t think I offended those Chinese people?
Father Dougal: I don’t know ted. It’s like that time we did the variety show and you decided to do that impression of Stephen Hawking
Father Ted: Well he’s the last person you’d expect to turn up. That was a million-to-one chance. God, he can fairly move in that wheelchair when he’s angry. 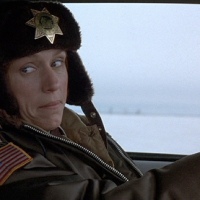