Since This is Spinal Tap, the number 11 has always had a special significance, so it’s great that Zoe from The Sporadic Chronicles of a Beginner Blogger is such a cool blogger. She is very welcome to the Foreign Favourites series Her site is a great mixture of film and book reviews, conjunctive articles and quirky Top 10 lists guest posts. I really do recommend you head on over.

So Alex has been hosting this Foreign Favourites segment, and I keep meaning to get involved and life keeps getting in the way. But never fear, I am here now. First off, I have not seen a lot of foreign films – mostly because I don’t get many recommendations and such. I wanted to be a part of Alex’s feature, but Cara had already unceremoniously usurped the honours of The Hunt, so I had to start looking. Alex recommended this and I got onto it as soon as possible. There is a bit that can be said about the film, and I know that I cannot say more nor do it more justice than has been done over the years, but I will see what I can do. 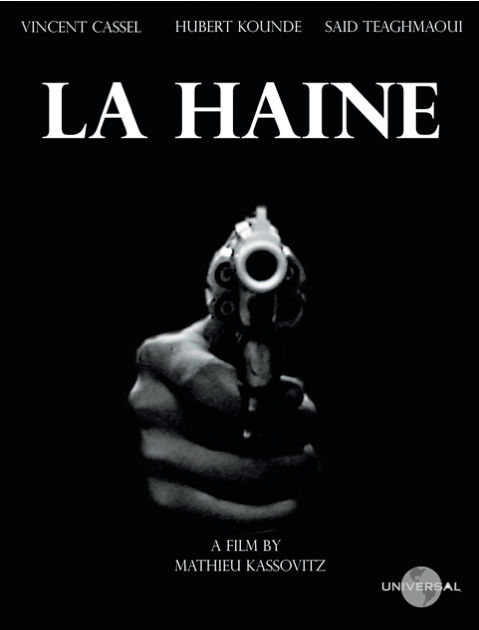 The film follows three young men and their time spent in the French suburban “ghetto,” over a span of twenty-four hours. Vinz, a Jew, Saïd, an Arab, and Hubert, a black boxer, have grown up in these French suburbs where high levels of diversity coupled with the racist and oppressive police force have raised tensions to a critical breaking point. During the riots that took place a night before, a police officer lost his handgun in the ensuing madness, only to leave it for Vinz to find. Now, with a newfound means to gain the respect he deserves, Vinz vows to kill a cop if his friend Abdel dies in the hospital, due the beating he received while in police custody. (IMDB) 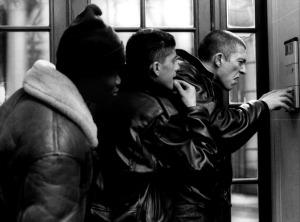 “Who made you a preacher? You know what’s right and wrong?”

I would score La Haine a 7/10. It was a good film, though I am not a fan of the French language, I was more concerned with seeing what would happen. La Haine is a slow film that progresses at a steady pace, and this feels like a flaw when you start but rapidly changes when you realise that the more the setting and pace is the way it is the more you feel as though you are experiencing the day with the three main characters, Vinz (Vincent Cassel), Hubert (Hubert Koundé) and Saïd (Saïd Taghmaoui).

There is the issue of a cop having lost a gun in one of the riots, and it soon becomes evident that Vinz is in possession of it. Vincent Cassel was fantastic in this role, and it was nice to see him in his comfort zone and his native tongue. The way that the three deal with their friend being in hospital is very different. Hubert may live in the projects and all, but he will not let it define him, and he will not slip into the ways of poverty and the projects as most people staying there will. Vinz has decided that if their friend Abdel (Abdel Ahmed Ghili) dies, he will kill a cop. Saïd does not have much to say about this, though Hubert is rather strongly opinionated as to Vinz’s plan. For the duration of the movie you follow the three young men around on their day’s mission, watching them argue, have conversations, get a good look at life in the projects, and ultimately to the realisations that all three the men will make during the day. The day seems more active and action packed than usual, though the three are to embrace it. It seems that what you see on television is very simple to picture doing but not so much so when having to implement it, as is seen later with Vinz and a skinhead.

Overall, this movie felt terribly long because it was slow paced, but was not a bad watch and gives you a very good look at how life is lived in the projects, and how people perceive things differently. I thoroughly enjoyed how the movie was shot in black and white and the camera work, though there was other stuff that annoyed me (pointless conversations and aimless dawdling – though as I said this all ties in rather well with what is being depicted).

Thanks again to Zoe for her fine review on such a provocative film. I liked it more than you did but it is always worth hearing the viewpoint of others, especially when so well thought-out and considered. 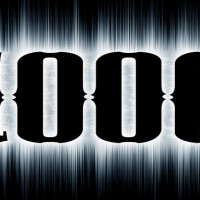 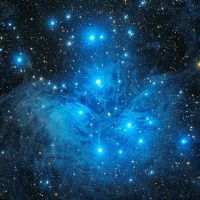 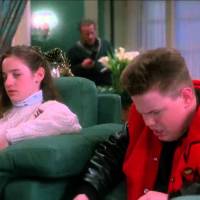 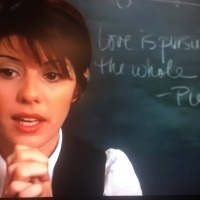 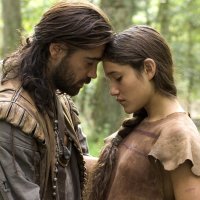 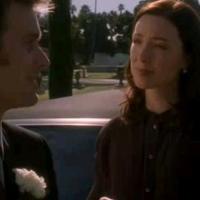 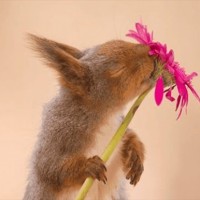