I did a Gr8at of awesome football shirts so it’s only fair to do one of some absolute shockers. And wow, it’s scary to think of the ones that didn’t make it. Tassles, tartan, invisible shirts…nothing is beyond limits. Scroll down if you dare…

There’s so much wrong with this shirt from American team Colorado Caribous for the 1978 season, it’s tempting to make a list. But yes, the tassles may make this the worst shirt ever. Still, if you’re going to finish bottom in your only season before you move city to become the Atlanta Chiefs, you may as well do it in (anti) style. 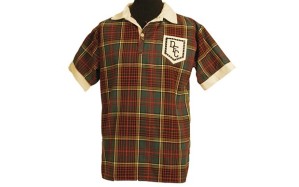 This tartan eyesore was used on tour for the Scottish team’s 1953 tour of South Africa. Hopefully it’s still there. 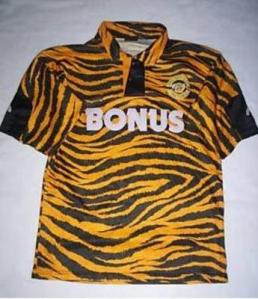 With Hull City having just renamed themselves the Hull City Tigers, this 1992-1993 disaster serves as a garish reminder of just how bad it can be to try and crowbar the tiger aspect of their history.

Looking like three bad curtain designs merged into one nightmare cloth explosion, this away strip from Notts County during 1994 – 95 takes some beating.

A shirt so bad it really deserves an X-rated certificate. This horrendous effort from Peterborough in 1993 is the football kit equivalent of a double figure thrashing.

Though this 1994 – 95 not as visually woeful as the other entrants on this list, this had to be on here as even the team itself disowned it. Losing 3-0 at half time away to Southampton, Manchester United came out for the second half in a different strip. Their manager, Alex Ferguson explaining that the players complained they couldn’t see each other. In every sense of the word, it was never seen again.

With this truly diabolical 1978 effort, the offensive effort by the midlands club even extends to the shorts. usually found at the top of any worst kits countdown.

Some goalkeepers will go to any lengths to put a striker off. Keeping a beard, putting on war paint or trying to shout something to distract him. Mexican legend Jorge Campos went further by wearing shirts that should never be allowed outside.  Capped 130 times at national level, the goalkeeper made up for his 5 foot 6 height by being incredibly quick and flexible. But his outrageous abuse of bright colours on his designs will live longer in the memory. 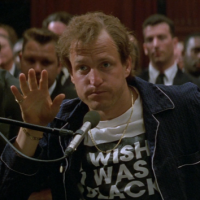