Always rummaging around in the pockets of his trademark mac, holding a cigar and with his uncombed messy hair, it’s just as well Lieutenant Columbo never committed a crime. Too many people would have recognised him. If ever a character’s appearance reflected his lifestyle it was our most dogged of detectives.As has been copywrited into tv eternity, nearly every episode of Columbo began with the murder and its motives. And these were no street hoodlums with criminals record and interest in petty crime and small change. Instead we were introduced to the insight and ambitions of the wealthy elite, who were determined to reach or remain at the top by a carefully and ingeniously planned cold blooded murder.

And boy, were they clever. In The Sky High IQ case, the suspect caused the door to slam just after a gunshot sound was triggered, thereby seemingly giving him an alibi for when the murder supposedly took place. In Double Exposure, Columbo struggles to work out how the murder took place before using the murderer’s ingenious against him. In Double Shock, a twin electrocutes his uncle, before taking the body to an exercise room and making it look as though the death was from a coronary. And so the game of cat and mouse chess begins as Columbo soon works out who the murderer is, but it all comes down to the nuts and bolts of proving it. It is not long before the manners and charm of the murderers have their patience tested by our tenacious sleuth. He soon begins to tear down their alibi and work out their motives, as the murderer usually realises too late they have been underestimating the rumpled detective. 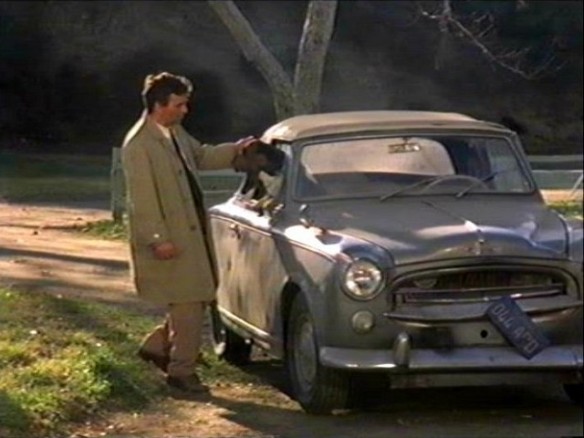 Nearly all iconic characters have a catchphrase, and Columbo’s was the perfect reflection of his seemingly chaotic style. After all manner of flattery, usually referencing his long time wife, he would head towards the door before asking one final and perceptive question, aimed at catching the perpetrator completely off guard. It was no surprise Peter Falk’s autobiography was called “Just one more thing”. And although the late Falk had a decorated acting career both in TV, film and stage, it will be for the working class Columbo he will be best remembered. After auditioning for Harry Cohn at Columbia Pictures, he was cruelly told by the movie mogul that he could “afford to get an actor with two eyes”, a malicious reference to the glass eye used by Falk after suffering retinoblastoma as a baby.

And Falk was not even first choice. Eight years after the character had first appeared in a television-anthology series The Chevy Mystery Show, it was ready for television. Its creators suggested the lead should be Lee J. Cobb or Bing Crosby. Cobb was unavailable and Crosby turned it down because he felt it “would have taken too much time away from his golf game”. Falk, though at 40 was a lot younger than they had in mind, was suggested by director Richard Irving.

Falk noted his astonishment for the fame of the character: “I’ve been to little villages in Africa with maybe one TV set, and little kids will run up to me shouting: ‘Columbo, Columbo!”

And Columbo was far from the classic detective. As well as his rugged appearance, there was his fear of flying, seasickness, love of cheap diners and his refusal to carry a gun. Driving around in his battered Peugeot 403 Convertible, sometimes with his basset hound named “Dog”, he had a wife who he regularly talked about, but we never see, her first name was as elusive as his.

But more than just his appearances or accessories, it was his nature that will live just as long. His refusal to become violent or aggressive even when threatened, and the fact that on various memorable episodes, such as in Johnny Cash’s “Swan Song” or Ruth Gordon’s “Try and Catch me”, he really did sympathise with the killers.

“We had no intention of dealing with the realities of actual police procedures” explained its creators Levinson and Link. “Instead, we wanted to pay our respects to the classic mystery fiction of our youth, the works of the Carrs, the Queens, and the Christies. Our show would be a fantasy, and as such it would avoid the harsher aspects of a true policeman’s life: the drug busts, the street murders, the prostitutes, and the back-alley shootouts.” This side of LA was a one unrecognisable to future riots. “We would create a mythical Los Angeles and populate it with affluent men and women living in the stately homes of the British mystery novel…” they further described. “We even decided never to show him at police headquarters or at home; it seemed to us much more effective if he drifted into our stories from limbo.” Falk may no longer be with us, succumbing to cardiorespiratory arrest at the age of 83, but as long as there is television, and as long as there are audiences, there will always be Columbo.

Dr. Ray Flemming: They expect me to be on call at all hours.
Columbo: Same with me, Doctor.

Columbo: My wife is a big fan of yours. She’s the first to put in her order at the library whenever your book comes out.

Columbo: My ears pop in an elevator. As a matter if fact, I don’t even like being this tall.

Col. Lyle C. Rumford: Do you have a first name?
Columbo: I do. My wife is about the only one that uses it.

Columbo: You know, sir, it’s a funny thing. All my life I kept running into smart people. I don’t just mean smart like you and the people in this house. You know what I mean. In school, there were lots of smarter kids. And when I first joined the force, sir, they had some very clever people there. And I could tell right away that it wasn’t gonna be easy making detective as long as they were around. But I figured, if I worked harder than they did, put in more time, read the books, kept my eyes open, maybe I could make it happen. And I did. And I really love my work, sir.

Paul Gerard: When did you first suspect me?
Columbo: As it happens, sir… about two minutes after I met you.
Paul Gerard: That can’t be possible.
Columbo: Oh, you made it perfectly clear, sir, the very first night when you decided to come to the restaurant directly after you were informed that Vittorio was poisoned.
Paul Gerard: I was instructed to come here by the police.
Columbo: And you came, sir.
Paul Gerard: Yes.
Columbo: After eating dinner with a man that had been poisoned. You didn’t go to a doctor. You came because the police instructed you. You didn’t go to a hospital. You didn’t even ask to have your stomach pumped. Mr. Gerard, that’s the damnedest example of good citizenship I’ve ever seen.

Maj. Gen. Martin Hollister: You know, lieutenant, I don’t see how a man with the name of Columbo… shouldn’t he be more at home on a boat?
Columbo: Must’ve been another branch of the family,General. 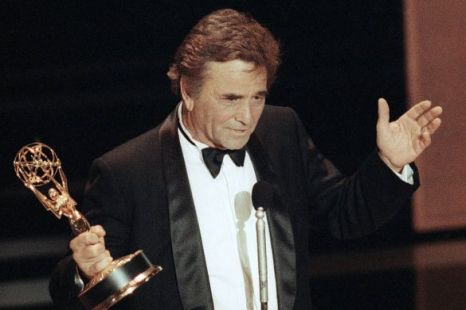