The opening lyrics of the song Don’t Dream It’s Over by Australian band Crowded House from their self-titled debut album in 1986. 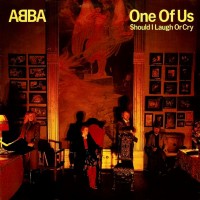