I’d wanted to go to The Chocolate Show before, but hadn’t had the chance. Happily, this time I was attend the annual celebration of chocolate. And being at Kensington Olympia, you just knew it was going to have plenty of space. Which meant the opportunity to create some very pleasant surprises. What is your favourite type of chocolate? You’ll probably find it well represented below. 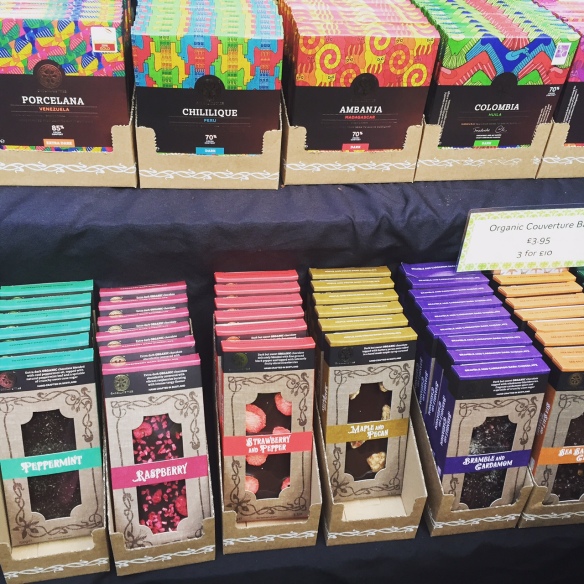 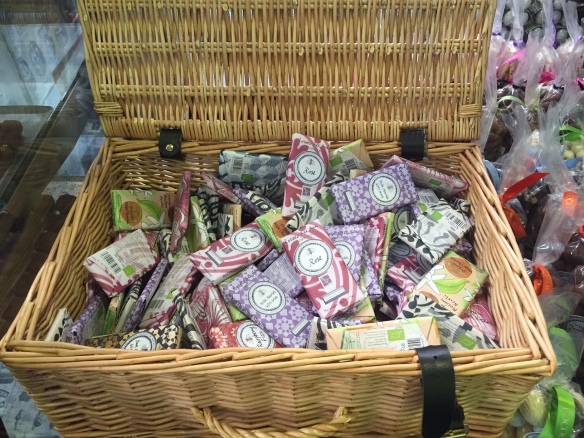 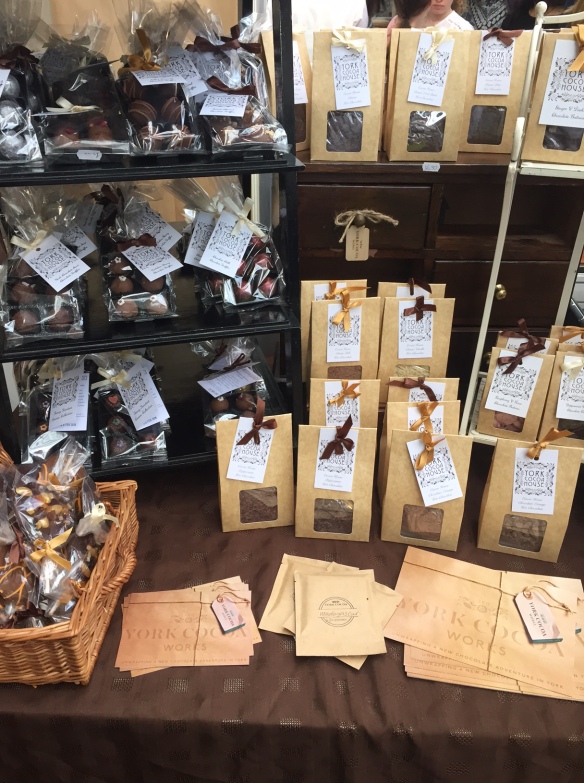 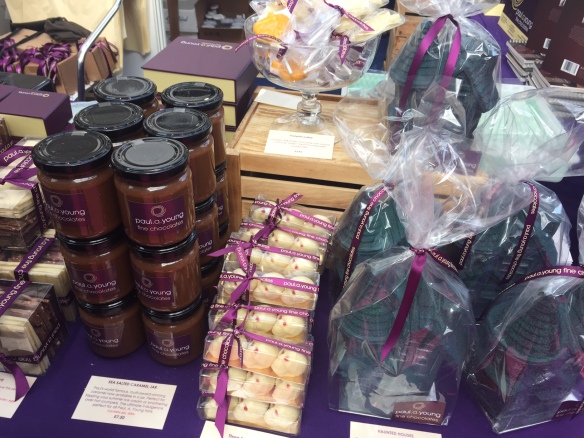 When coming in to the arena, you are struck by how much is many people there are. And the chocolate. There really is chocolate everywhere. And all kinds. There is so much to choose from, but most stands do offer tastings. What also stands out is how beautifully the chocolate is wrapped. You almost don’t want to ruin it by opening it. I said almost! 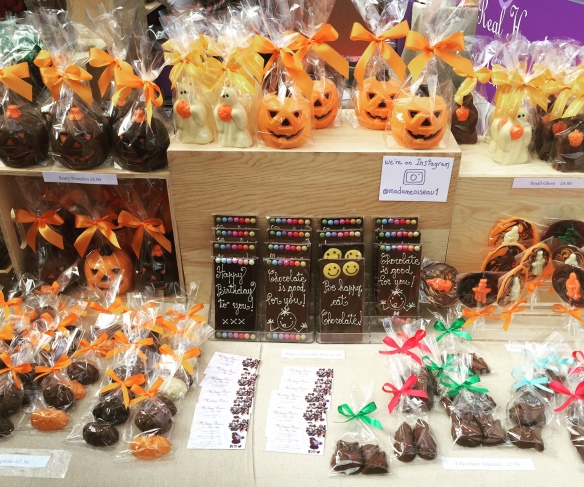 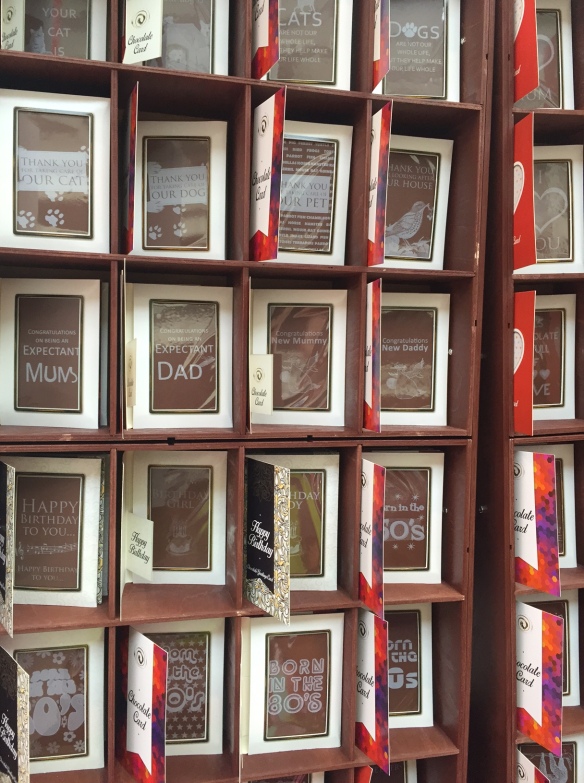 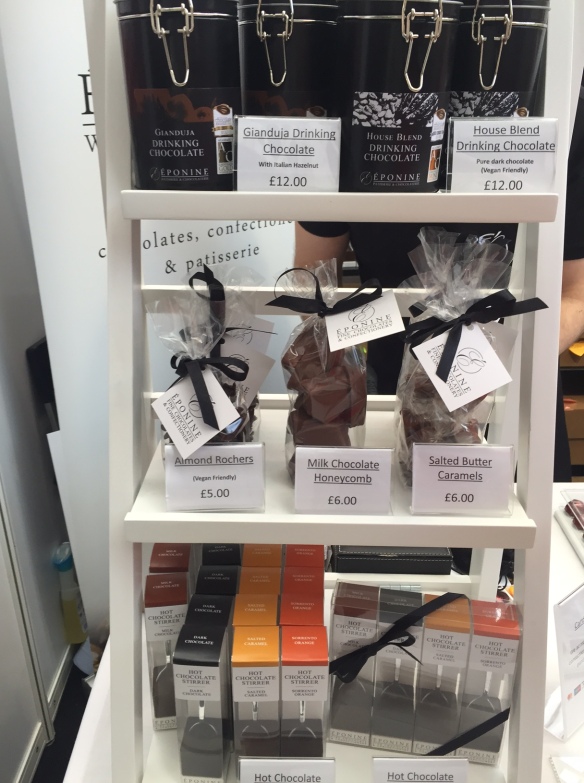 What also stands out is how the original the chocolate is. Not only is it distinctive in terms of flavour and geographical origins, but in terms of the execution. This includes chococlate in the form of roses, greeting cards and drinking liquid. It was nice to see Halloween so well represented too. You really can buy pretty much anything. 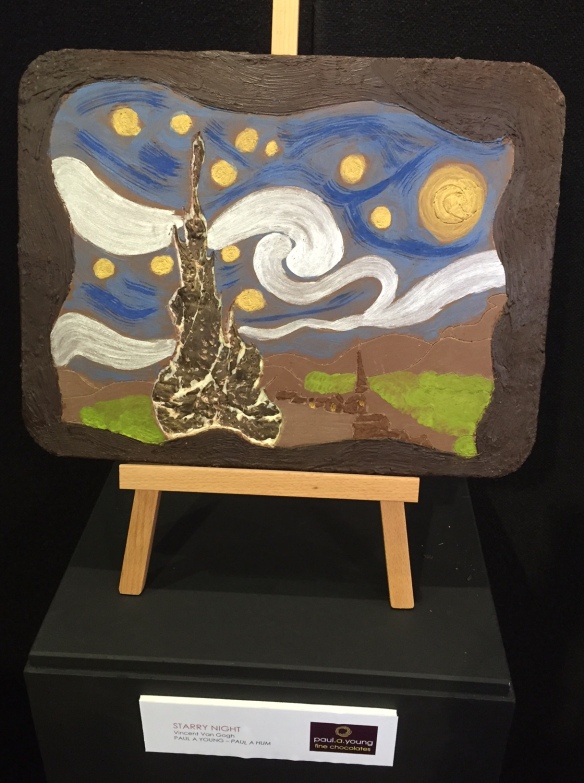 Perhaps what was most surprising was the artwork. It isn’t just anywhere where you can find an edible version of Van Gogh’s Starry Night, Hokusai’s famous The Great Wave and da Vinci’s Mona Lisa. Not to mention original creative efforts on display, with four striking chocolate sculptures next to each other. 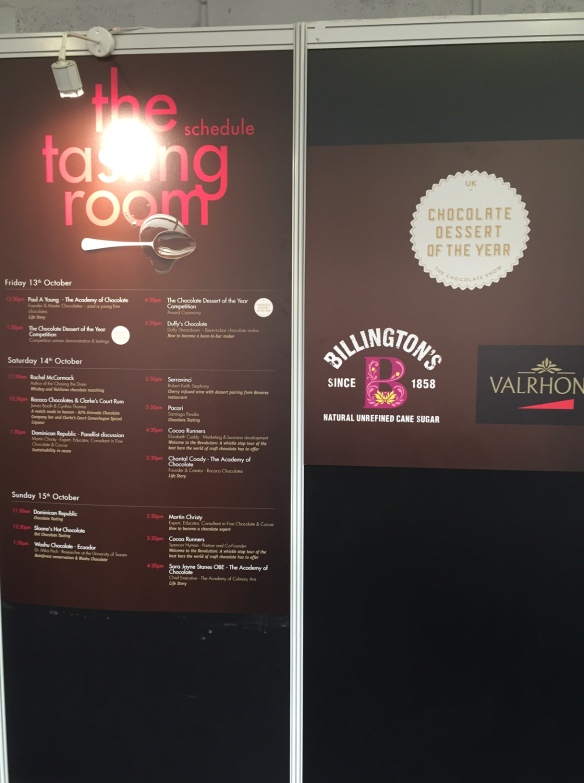 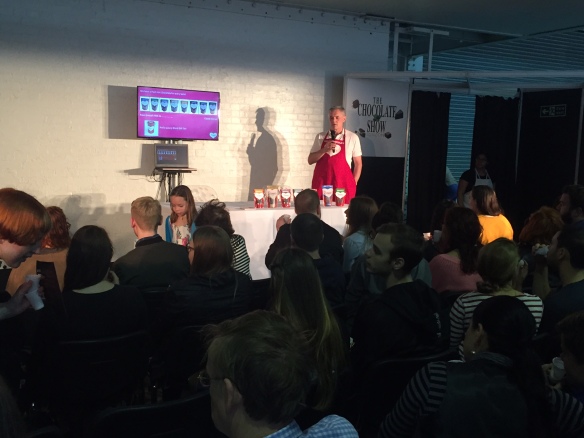 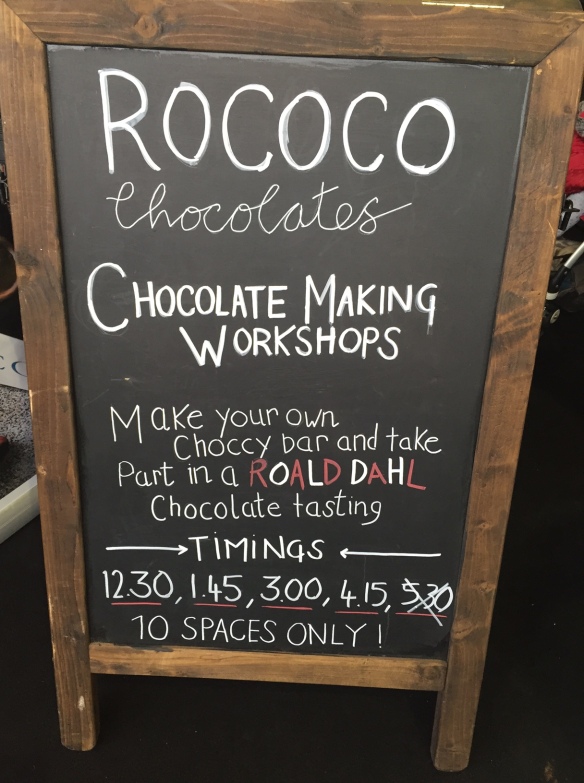 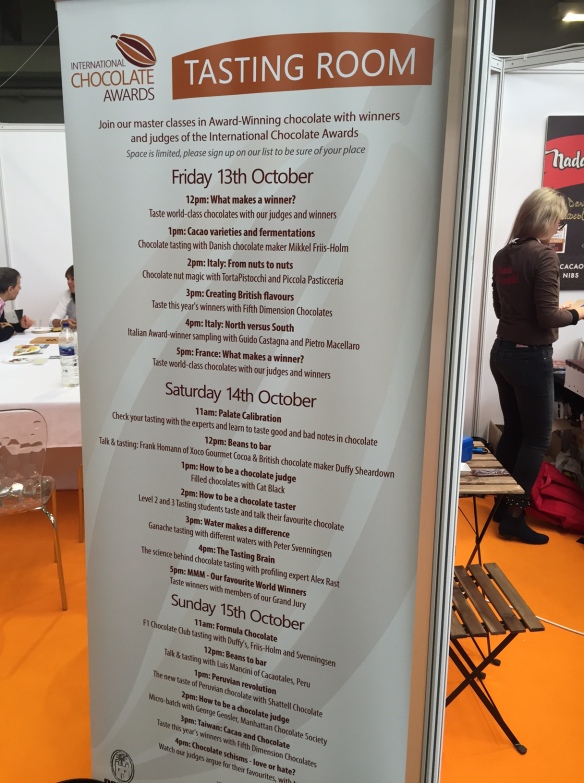 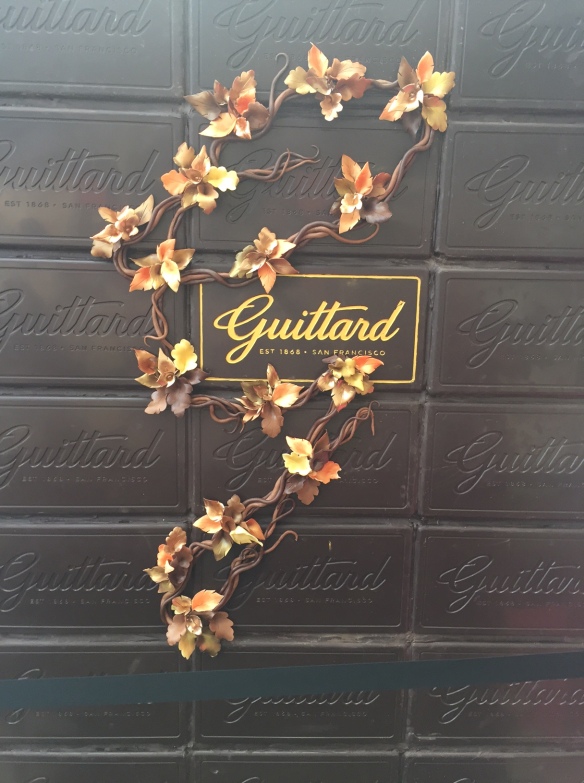 There was more to do than just eat chocolate and look at small-scale (but delightful) artwork, though. This included chocolate making workshops and tasting rooms. You had to sign up early as they were popular. There was even space for two larger scale artworks. One was A State of Happiness parachute by Tehmina Maknojia and the other was a display of Gulliard chococlate made out of 22 bars, making up 95 kgs. The chocolate wasn’t wasted though, as will be used by the company for chocolate windows.

50 thoughts on “Things to See: #TheChocolateShow”