After my previous post on stylish photographic excellence, I wanted to do a post that concentrated on the elation, despair, aura of invincibility and supreme concentration that was on display at Rio. Do you have a favourite moment of joy? A moment that made you cry out in despair? Feel free to let me know if you have a favourite image or of any athlete that captured your imagination.

He just makes it look so easy. Jamaica’s Usain Bolt looks at Andre De Grasse of Canada as they compete in the semi-finals of the 100m. With thanks to Kai Pfaffenbach of Reuters.

Pure despair. A heartbroken and tearful Lutalo Muhammad of Great Britain is consoled by his father. Muhammad was one second way from Olympic gold before it was snatched away. 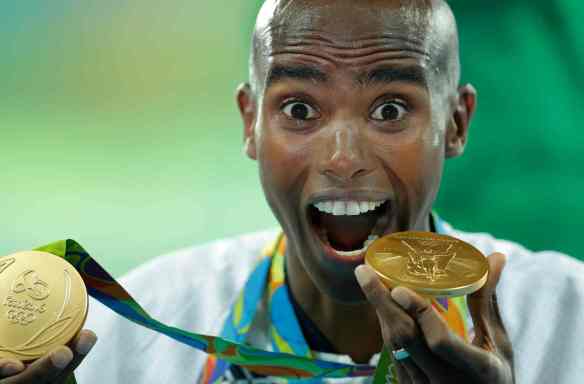 Ectasy. The Guardian’s Tom Jenkins captured Farah showing off his two gold medals for wins in the 10,000 and 5,000m. 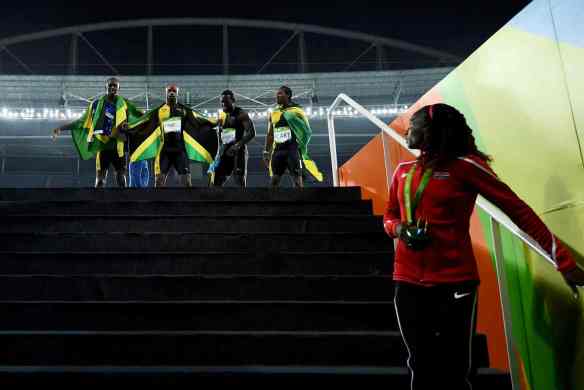 The Jamaican sprint quartet celebrate their gold medal for the 100m relay like superheroes. And why not? Reuters’ Dylan Martinez was able to capture them and Kenya’s 5,000m silver medalist Hellen Obiri

The US v Russia again. This time its fencers Miles Gerek Meinhardt and Artur Akhmatkhuzin in the semi-finals of the men’s foil team event. Issei Kato (Reuters) took the wonderfully timed photograph.

One of the saddest moments of the games was Frenchman Renaud Lavillenie’s crestfallen face after being booed by the local crowd when going for gold in the pole vault. Paul Gilham of Getty Images managed to show us up close his inner pain. 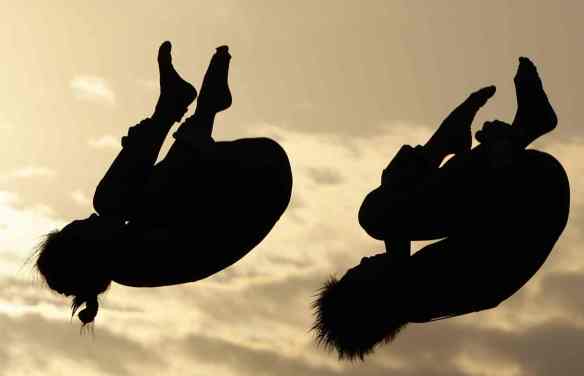 What concentration, pose and symmetry on display by China’s Chen Ruolin and Liu Huixia in this wonderful shot by Pavel Golovkin of AP.

Unbridled joy for Team GB’s Darryl Neita, Asha Philip, Desiree Henry and Dina Asher-Smith after they took bronze in the women’s 4x100m relay. Phil Noble of Reuters was there to see them jumping for joy.

And as an extra in tribute to Mr Bolt, who won an incredible ninth sprinting Olympic gold medal: 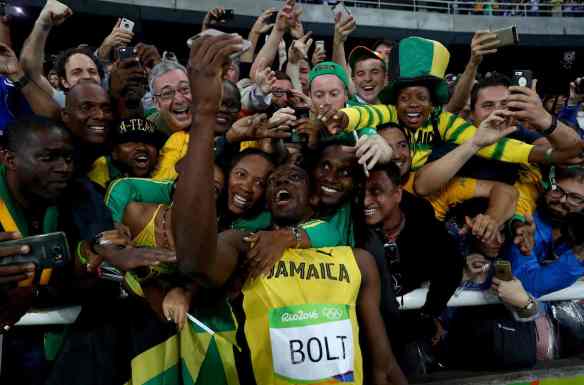 Ryan Pierse (Getty Images) shows us all just what Bolt brings out of us. Here he is celebrating after winning the men’s 200m final.