Though there was only 24 episodes and the show finished in 1989, Blackadder has never been forgotten and continues to be one of Britain’s most loved sitcoms. As well as its unique take on four different periods within British history, it also featured one of comedy’s most famous anti-heroes, the acerbic Edmund Blackadder. The eight quotes below give a strong insight into his turn of phrase, and you’ll find a bonus example of his scathing wit here. 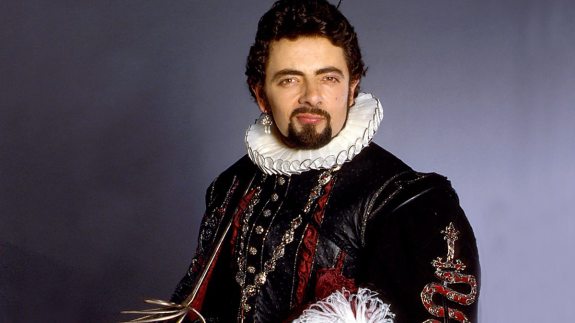 I’m as poor as a church mouse, that’s just had an enormous tax bill on the very day his wife ran off with another mouse, taking all the cheese.

I find his [Chaplin’s] films about as funny as getting an arrow through the neck and discovering there’s a gas bill tied to it.

We’re in the stickiest situation since Sticky the stick insect got stuck on a sticky bun.

Millions have died, but our troops have advanced no further than an asthmatic ant with some heavy shopping.

It’s the most pointless book since ‘How To Learn French’ was translated into French.

Baldrick: Can I do my war poem?
Edmund: How hurt would you be if I gave the honest answer, which is “No, I’d
rather French-kiss a skunk”?