Along with socks, slippers and chocolate, one of the traditions of Christmas is a novelty Christmas jumper. It is after all a great way to make a distinctive appearance, as Mark Darcey made with his festive Rudolph effort to Bridget Jones. After reading a post on the BBC website I decided to choose eight of the most distinctive Christmas sweaters from the Premier League. Do you have a favourite of the eight below? Did you receive anything similar from your presents?

Anything red was a definitive no for the blue side of Merseyside, but Everton have come up with a neat alternative.

This rather dazzling hipster effort is from the East End of London and West Ham.

Nicknamed the Canaries, Norwich have managed to incorporate their yellow and green colours into this colourful outfit. 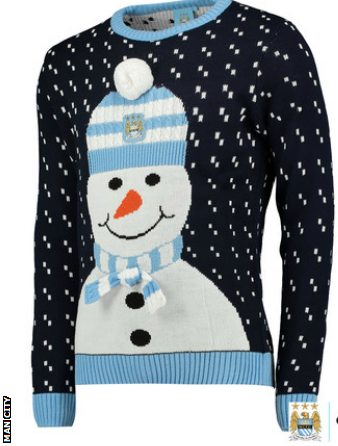 This Christmas jumper means Manchester City fans can be both loyal to the club and ridiculously cute. 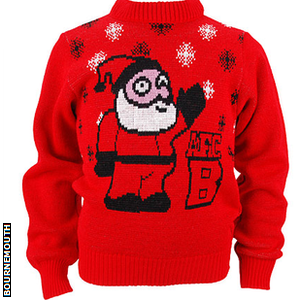 This rather puzzled looking Santa is by newly promoted Bournemouth. I suppose his expression could be because he is missing his trusted sack. 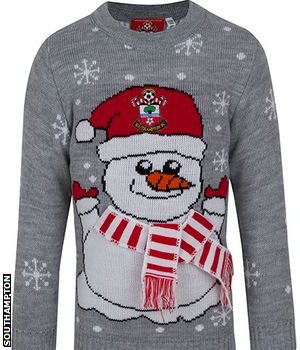 This adorable effort by Southampton is surely enough to melt even the hardest of hearts.

Top of the Premier League table on Christmas Day, it was fitting that Leicester’s effort was so upbeat. 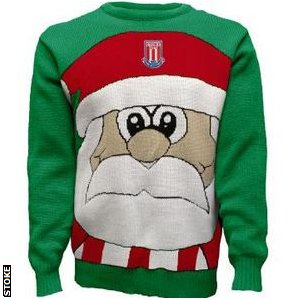 This outfit by Stoke surely features Grumpy the dwarf more than Santa himself.