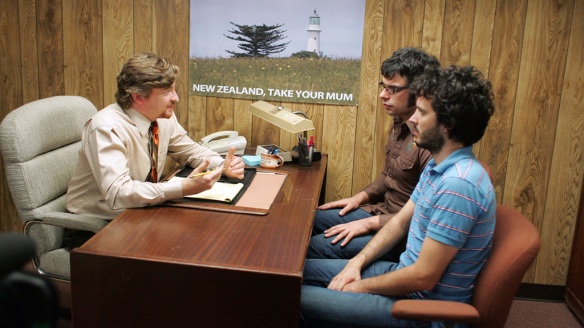 Jemaine: Bret dissed a lot of people in that rap thing that he did.
Murray: Who were these people you were dissing? The only one I could make out was Snoopy! What’s your problem with him?
Bret: No, Snoop Dogg.
Murray: Yeah, I know he’s a dog, Bret. I’m not totally in the dark ages. I do go out every once in a while. But, Snoopy’s lovable! Leave him alone

Jemaine Clement, Rhys Darby and Bret McKenzie in the New Zealand comedy Flight of the Conchords (2007 -2009).

22 thoughts on “Line(s) of the Day #FlightoftheConchords”