After mentioning him in a Christmas special I knew it would only be a matter of time before I gave Mr Bazinga himself, Sheldon Cooper, the tribute of a Gr8at platform. Below are eight of the TV King of Sarcasm’s finest, and the star of hit comedy The Big Bang Theory. 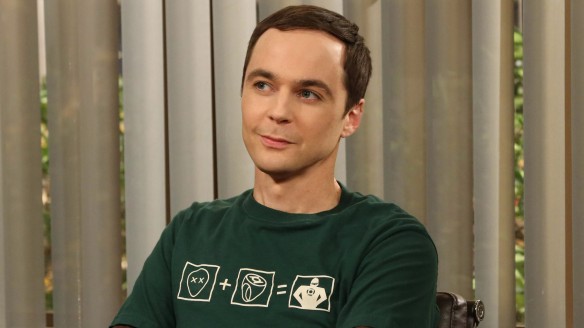 Amy: Did you hold the baby?
Sheldon: I did.
Amy: And how did it make you feel?
Sheldon: Looking into the blank, innocent eyes of a creature that couldn’t begin to comprehend anything I was saying … basically another day at the office.

Raj: I don’t like bugs, okay? They freak me out.
Sheldon: Interesting. You’re afraid of insects and women. Ladybugs must render you catatonic.

Sheldon: Why are you crying?
Penny: Because I’m stupid!
Sheldon: That’s no reason to cry. One cries because one is sad. For example, I cry because others are stupid, and that makes me sad.

Leonard: You’ll never guess what just happened.
Sheldon: You went out in the hallway, stumbled into an inter-dimensional portal, which brought you 5,000 years into the future, where you took advantage of the advanced technology to build a time machine, and now you’re back, to bring us all with you to the year 7010, where we are transported to work at the think-a-torium by telepathically controlled flying dolphins?
Leonard: No… Penny kissed me.
Sheldon: Who would ever guess that?

Penny: So what do you say Sheldon, are we your X-Men?
Sheldon: No, the X-men were named for the X in Charles Xavier. Since I am Sheldon Cooper, you will be, my C-Men.

Zack: You know, I saw this great thing on the Discovery Channel. Turns out if you kill a starfish it’ll just come back to life.
Sheldon: Was the starfish wearing boxer shorts? Because you might have been watching Nickelodeon.

Penny: Look, can we just forget about this extra stuff and can you just tell me what Leonard does?
Sheldon: Alright. Leonard is attempting to learn why subatomic particles move the way they do.
Penny: Really? That’s it? Well, that doesn’t sound so complicated.
Sheldon: It’s not… it’s why Leonard does it.

Leonard: You know what, go to Hell and set their thermostat.
Sheldon: I don’t have to go to Hell. At 73 degrees, I’m there already!