She may may seen at the top of most desired lists, but Scarlett Johansson has always been seen as a serious actress, and has a varied CV to prove it. If you’ve already taken Part 1, see how you do at working out six more of her films. As always, the films are in order with answers at the bottom. 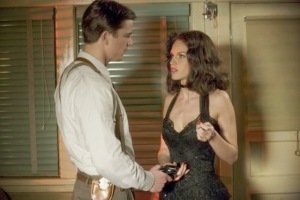