Amidst traditional classics, Christmas Day also provides the chance for completely non festive songs to top the charts. And there have been plenty down the decades. Here are eight of the best.

Used in the much-loved film Breakfast at Tiffany’s, Moon River wonderfully captures Holly Golightly’s adventurous and caring spirit and became a huge hit. The fact it came close to not even being in the film just goes to show how many strange decisions there can be behind the cameras.

No matter how many times I hear it, I still can’t help but be amazed at just how brilliant this song is. Innovative doesn’t even begin to cover it. Spending 9 weeks at number one, after Freddie Mercury’s untimely death in 1991, it became number one again for five weeks as a double A-side with ‘These are the Days of our Lives’.

The single and album are so interlinked it’s tempting not to distinguish them, but the seminal album’s leading track sold over 4m copies worldwide and even topped the US chart. Christmas is an unlikely time for a protest against education, but then again all the schools are closed at that time of year.

Elvis already had one Christmas number one with ‘Return to Sender’ in 1962, but a cover of his 1972 classic gave the Pet Shop Boys their only UK Christmas Number One. One of the rare times it’s possible to rate a cover as well as the original. A slightly peculiar video mind. 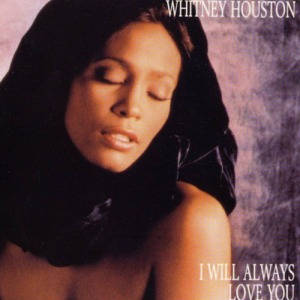 Considering the song was Number One for 10 weeks, there was always a good chance this would be a Christmas chart topper. Though originally sung by Dolly Parton who composed it, this is Whitney Houston’s song through and through. Best avoided on a karaoke machine.

It’s not just anybody who could get a Christmas Number One with a song about how we are failing the environment, as well as keeping the first new song released by The Beatles in 25 years off the top spot. But Michael Jackson reigned in his musical genius stratosphere, and this is still his biggest selling song here.

I’m hugely fond of the original by Tears for Fears, but there’s something so haunting about this stripped-down Gary Jules cover. Used in the film Donnie Darko, the sombre tone reflected the mourning the world still had trying to come to terms with the 9/11 attacks.

The first song to reach the UK Number One on downloads alone, there’s plenty more distinguishing features for this song, not least it’s colourful language and supremely aggressive guitar riffs. The anger in the song capture’s a lot of the attitude against the possibility of another X-Factor contestant getting a Christmas number one for a fifth straight year.